Whether you are a recent college graduate or looking for a fresh start, location matters when it comes to finding a job and an affordable place to live.  You not only want to find a high-paying job but you want to stretch the dollars you earn.  So where can you go to find that job and get the most bang for your buck? CareerCast crunched the numbers and found Texas may be the answer. 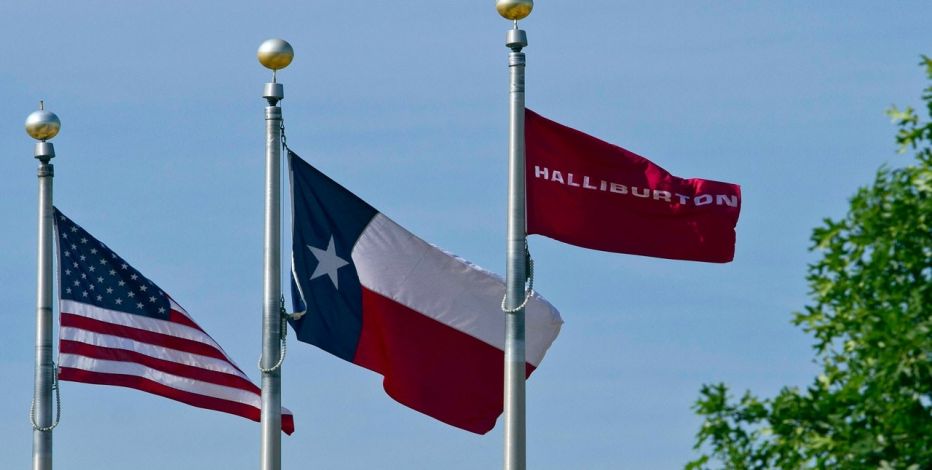 “All of those cities are growing right now and they are growing because they do have a broad spectrum of jobs they are looking to fill.  A lot of businesses are starting to boom,” says Kyle Kensing, editor at CareerCast.  Companies including Facebook (FB), HomeAway (EXPE), Google (GOOGL), 3M (MMM) and Toyota (TM) have offices in the state.  Energy companies including Conoco Phillips (COP) and Halliburton (HAL) are also big employers.

Texas is attractive because the state has no corporate or individual income tax and ranks as one of the most tax-friendly states for businesses according to the Tax Foundation.  “There are some tax advantages in Texas right now and the cost of property is lower too,” Kensing adds. 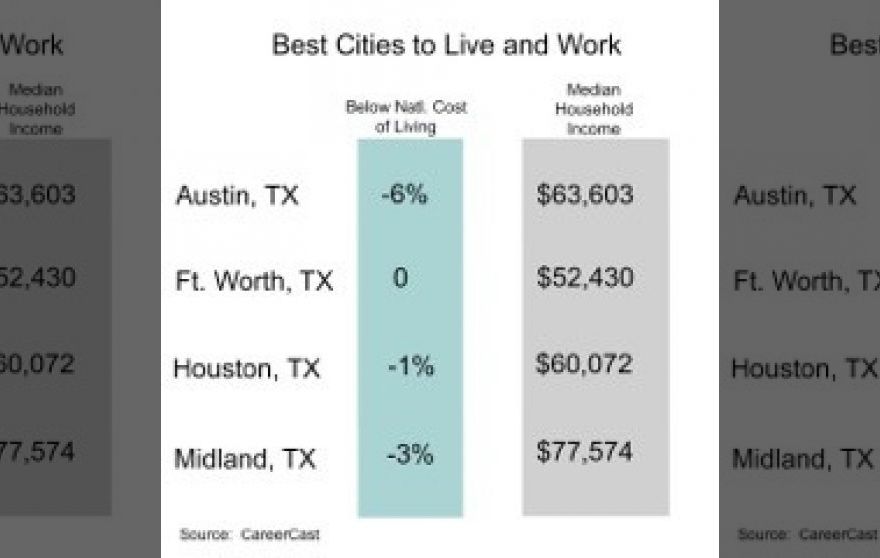 Cities with large universities also top the list of best places to live and work.  Kensing says universities not only create jobs but many universities are affiliated with medical centers which offer higher pay to attract medical professionals.  “The city’s economy is not entirely dependent on the university but at the same time, the university plays a big part in some of the higher-paying sectors, in particular healthcare,” he says. 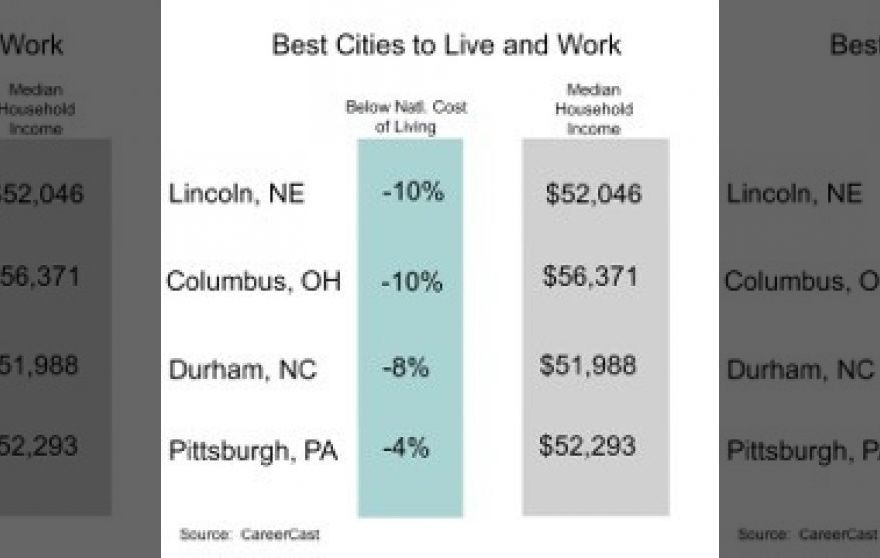 Lincoln, Nebraska, home to the University of Nebraska, and Columbus, Ohio, home to Ohio State University, are among the cities with high-paying jobs and lower cost of living.  Each university ranks as one of the top employers in their city.

The cost of living in each city is also about 10 percent below the national average.  Durham, North Carolina, home base to Duke University, and Pittsburgh, Pennsylvania, where the University of Pittsburgh is located, also top the list of the best places to live and work.